Giuliano Belotti and Leor Maltinski met in 2000 at the Juilliard School of Music in New York City. They played several concerts together featuring existing works and Belotti-Maltinski’s arrangements for violin and guitar spanning baroque to contemporary music.

Their collaboration continues now as they work to expand the repertoire for guitar and violin duo, both by producing their own transcriptions and by commissioning new works from innovative composers, including Belotti’s own original works. The duo is known for their meaningful and insightful interpretations of traditional and contemporary works alike.

Belotti and Maltinski are currently finishing up the new album “Carmen”. It will feature transcriptions and original works by Waxman, De Falla, Albéniz, Sarasate and Ponce. 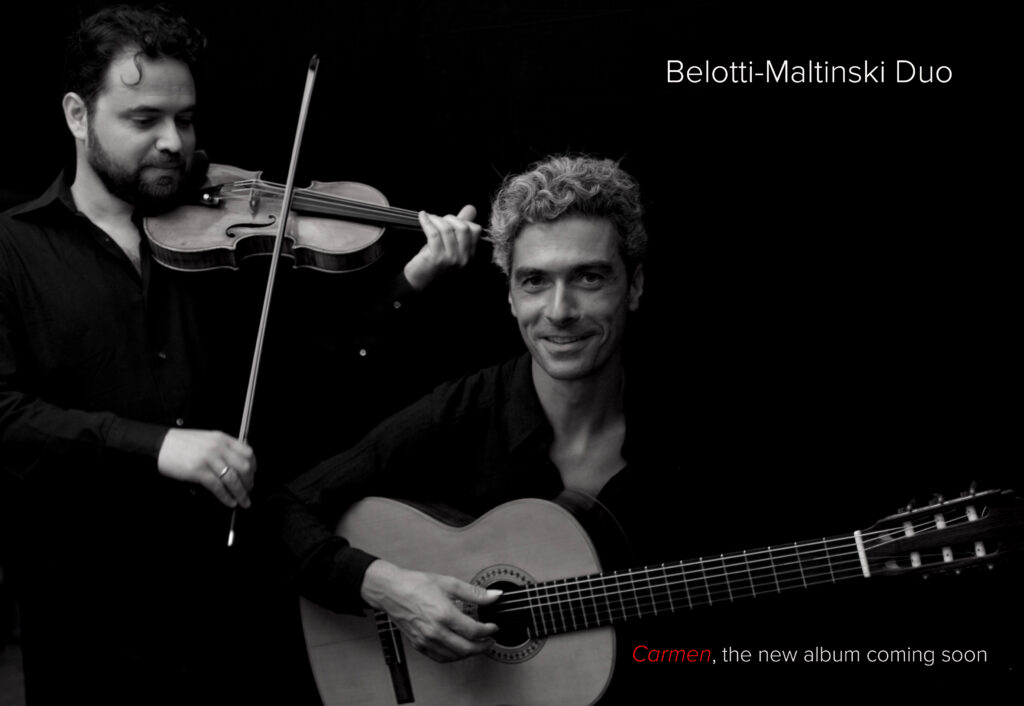